Boxley’s Jazz Club is located about 30 miles east of Seattle in North Bend, WA. The town of 7,000 is a portal to the Cascade foothills that hosts a number of downtown restaurants and shops. It was also made famous by the 1990 TV series, Twin Peaks. In 2009, Boxley’s began as a restaurant and music venue, and now the club offers weekend jazz with beer and wine. 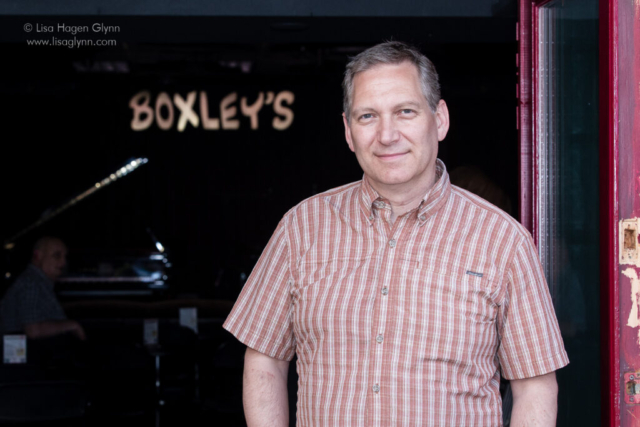 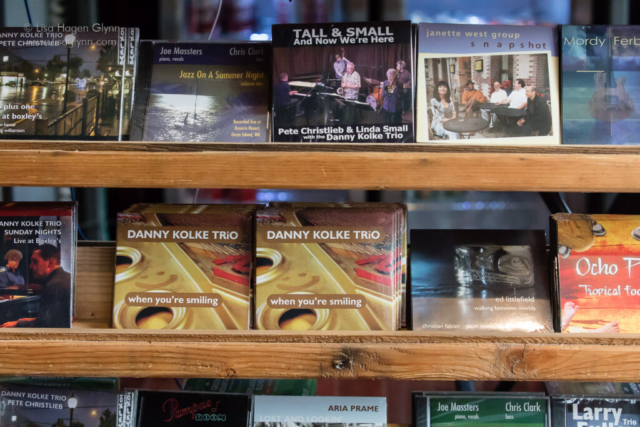 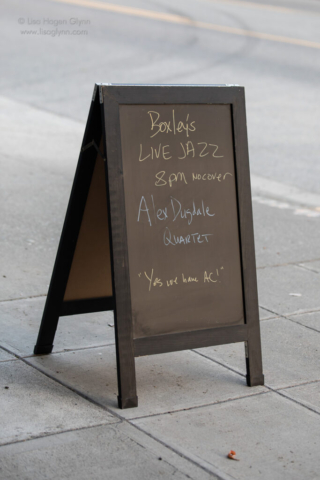 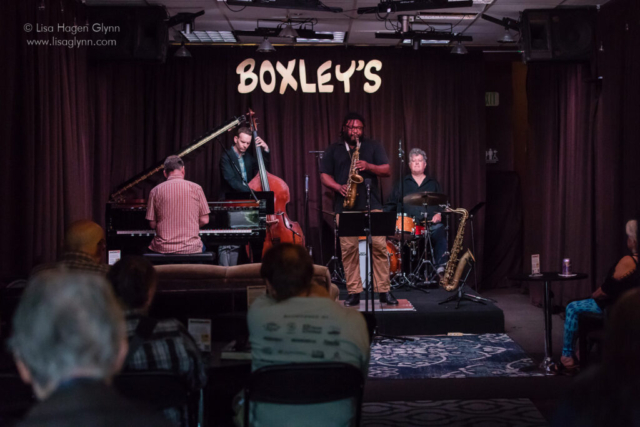 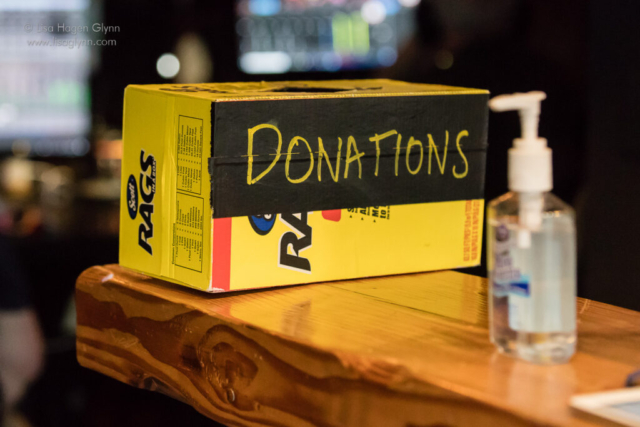 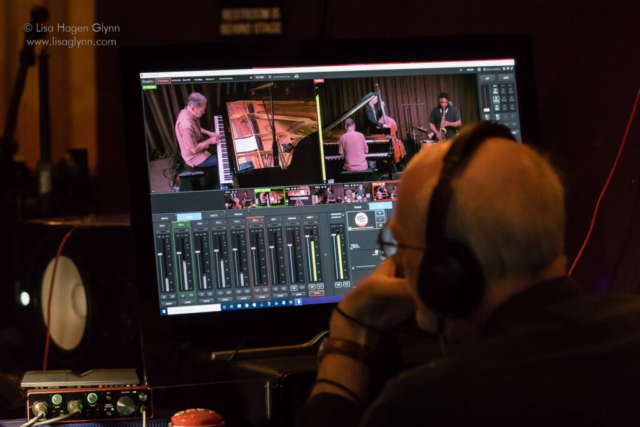 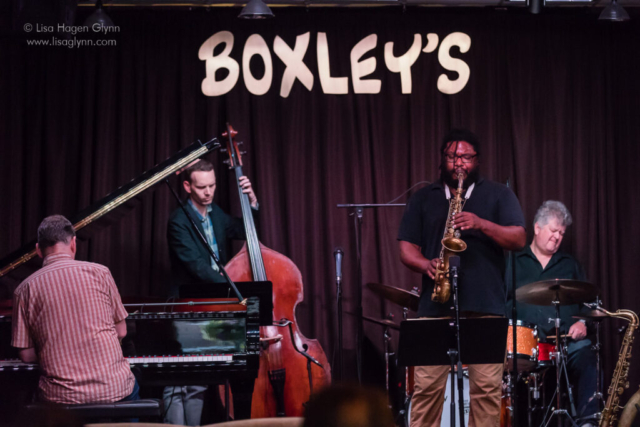 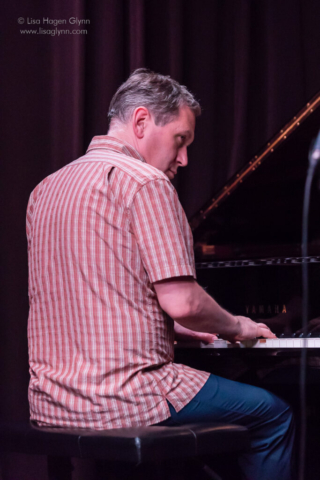 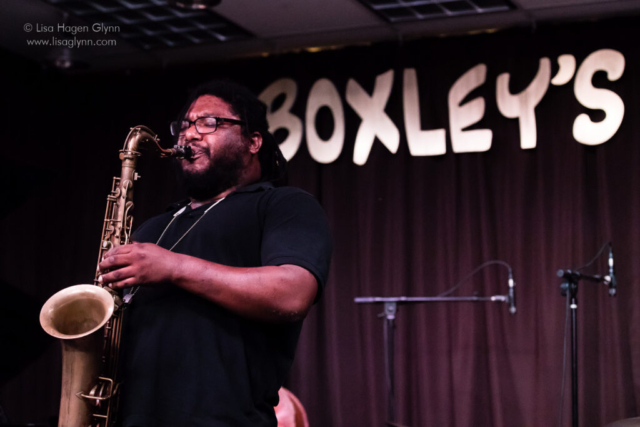 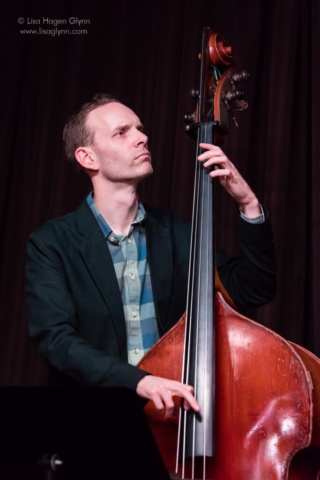 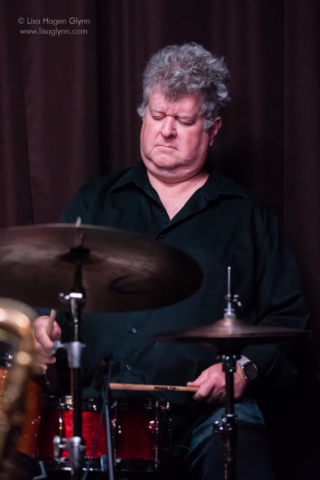 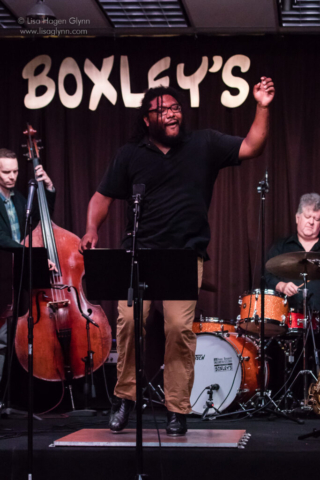 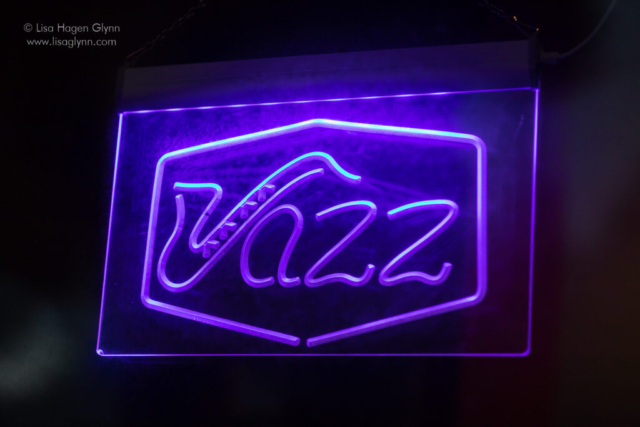 This is the first day that you’re open at full capacity, after 15 months [of COVID-19]. What do you think that will be like?

I have no idea what it’s going to be like! We did a couple weekends of trying to take reservations and doing one or two people on the couch, and six feet away there’s another couch, so right now it’s not even what we would have considered full capacity a year ago. So I’m kind of expecting a light crowd.

What does it feel like to have people back in the audience?

I see you have a whole new setup since the last time I was here. You made this adaptation to livestreaming during a time that a lot of places were closed down, and you hired musicians throughout COVID at a time that many venues couldn’t open at all. Why did it feel important to do that?

We’re a nonprofit and we’re member-supported, so I felt obligated to support our members. Our mission is to support musicians, live performance, and education. When I first saw this space, I was thinking I’d like to do some recording sessions and maybe we’ll call it Boxley’s Studios. It’s kind of funny, because I had this vision for this when we first opened here in to this location. We were messing around with a little bit of livestreaming back then. But when COVID hit and we shut down for a while, as we were starting to think how we could reopen and what we could do different and better, it seemed that we could up our game on the quality of the recordings and the cameras.

Now we have a pretty extensive setup. We have seven pan–tilt–zoom cameras that are all motorized and joystick-controlled and pre-programmed. So we have a camera person, and a person who’s running the multi-track recordings. We used to just have one mic in the middle of the room; we’d record the room, and send that out over Facebook. We decided to do close-up mics, and I’m really happy with the sounds that we’re getting. We have a 16-channel setup.

I remember when I first saw multiple cameras on the livestream.

Hey, they switched camera angles, wow! Now we do that every 15 seconds or something. We got new curtains, we got new lights, we got all kinds of stuff to help with the quality of that presentation. It’s been fun doing that, and it’s been fun for the musicians to participate in it, because it’s not in person but there are still people watching [live]. I’m excited to see where it goes from here. I don’t know. But the plan is not to stop, the plan is to keep doing both [livestream and in-person shows]. We now have people that watch from all over the country. When [Seattle multi-instrumentalist] Jay Thomas plays here, I get people messaging me from Japan, because he’s got his fans there. I’ve have people who watch every weekend from the East Coast, so it’s cool. I don’t see us stopping that.

It seems like one of the few unexpected benefits of the pandemic—that that you now have a regional, a national, an international audience.

It is pretty weird to think that someone in Japan’s going to watch.

You released an album during the pandemic, too.

We recorded it a year ago, and released it officially in January: When You’re Smiling, with Michael Glynn on bass and Greg Williamson [on drums].

What was it like to put together an album during a pandemic?

That was still kind of the start of [COVID]. We weren’t as stringent about the whole mask thing—that really came later, if you think about the phases of the pandemic. It was weird, but we were trying to make the best of it. That was right at the time that we’d just upgraded our equipment, so there was a lot of experimenting, too. We’d been playing a bunch of arrangements I’d been doing, and we decided to record it and were happy with it. I learned a lot through that process. Then in the fall, we [Kolke and Williamson] recorded another album, with Paul Gabrielson, Pete Christlieb, and Linda Small. We named it, And Now We’re Here, kind of a tribute to the whole COVID thing. So we did two albums during the pandemic.

Impressive. That’s a lot to get done.

It was a lot, to look back on all the stuff we did this year. I remember going into it, like, what, we’re going to shut everything down? How can things stay together? The first two weeks of that were pretty tough, and we started re-broadcasting shows—it was a poor-quality camera, not-that-good audio, kind of hit and miss on the lighting—and we said, when we start playing together, we’ve got to start doing more livestreaming, and that led to the upgrading.

And then last year I had a full-time job. Going through that, I realized, I don’t love my job. And I really love music. It got me thinking about what I could do to reset things so after this is over my life can be different. And I started thinking seriously about, if I lost my job and had to teach piano and play music and do other odd stuff, what would that look like? The more I thought about it, the more I thought, I prefer that over corporate America. “Music first” became my new mantra. I quit my job three weeks ago, so it’s kind of weird.

That was big news! And it must be so exciting.

It’s weird to walk away from a very well-paying corporate job. But it just wasn’t fulfilling at all.

What is fulfilling about jazz?

For me, it’s not just jazz—it’s music, and art, and all those things that I think make us better people, creating something that’s art. Playing music is collaboration with friends. Creating in real time is creating this texture. Teaching kids about music—oh my gosh, I never thought I would enjoy it as much as I do—that’s inspiring to me. Doing a software project and project management and technical consulting is not inspiring. It’s important work, but it’s not the most important thing for me.

That really came into focus for you this year.

It’s the Mark Twain famous quote: “Twenty years from now, you will be more disappointed by the things that you didn’t do, than the ones you did. Throw off your bowlines, sail away from your safe harbor, catch the winds, and explore, dream, and discover.” That’s on my screen saver. I put it there a year ago, and every time I unlock my phone I think, I don’t want to regret.

That’s how I ended up Boxley’s to start. I had said, someday I’m going to sell my software company, and I’ll buy a restaurant and open a jazz club. A friend of mine said, what if you never sell your software company, and that terrified me. I was like, do I want to wait another ten years? So I came home one day, and told [my wife] Robin, I’m buying a restaurant. She said, I thought you were going to wait. For what? Kind of everything’s been that way—do I wait? Like, we started the [North Bend] Jazz Festival. It’s not a good time [to organize an event]—I’m not even sure what the rules are right now. But why wait? You just get older. Time is so uncertain.

So, my dad passed away last week.

That was another big thing. You get this whole terminal diagnosis, you have no guarantee for tomorrow. So why risk it, why wait?

That was in the background, but really driving this final decision to make that change.

To make that change, to open the club to begin with, and then the question of do I keep that going. When I did Boxley’s version one, man, it was really expensive to run that restaurant. People would come in and say, there is no way that guy is making money. People would ask me how long I’m going to do this, and I’d say, as long as I’m having fun. Then they sold the building, and we had to close that one, and I said, no, I’m not done. So we did the next version, and this is the third version. This one’s the most fun.

What makes it fun?

It’s a great room. It’s a small room, but it feels great with 5 people or a crowd of 30. We’re not doing it every night. When we started Boxley’s, we were doing seven nights a week, and I was going insane. Weekends is a great balance: It’s something to look forward to, and allows me to focus on teaching during the week. That makes it more sustainable with less burnout. We have great members in the nonprofit that help and volunteer. The effort here is a nonprofit 501(c)3, so it allows other people to contribute and donate and support. Working with the kids. All of that’s fun. It’s been an evolution to find the right mix of everybody.

We didn’t start out that way. We didn’t know we were going to be doing student [education]—we needed to fill the stage on an empty night, so I called the high school and got some high school kids out. The plan wasn’t to do a nonprofit and focus on education; that kind of evolved as part of the mix. The whole mentorship thing was kind of an accident. We didn’t have a bass player, so I hired Chris Clark because he lived here locally. The next thing I know, Chris was sitting at the table talking to the kids about being on the road and doing the Bob Hope Show—they were like, the Bob Hope? All these great stories. The kids were getting so much value out of just hanging out with musicians. We were like, wow, that was important, we didn’t think about that. It just kind of evolved.

Why should folks in Seattle come out to North Bend to see some music?

Well, look around, at what a beautiful spot this is. They can do stuff [outdoors], hang out and have dinner, and listen to some great music. It’s not that far—a 25- or 30-minute drive—it’s worth it. I think [North Bend] has gotten closer. People used to think this was a long ways away, but not so much anymore. As traffic gets worse and worse [in greater Seattle], getting on I-90 and cruising up the hill is not that bad.

Edited for clarity and length. 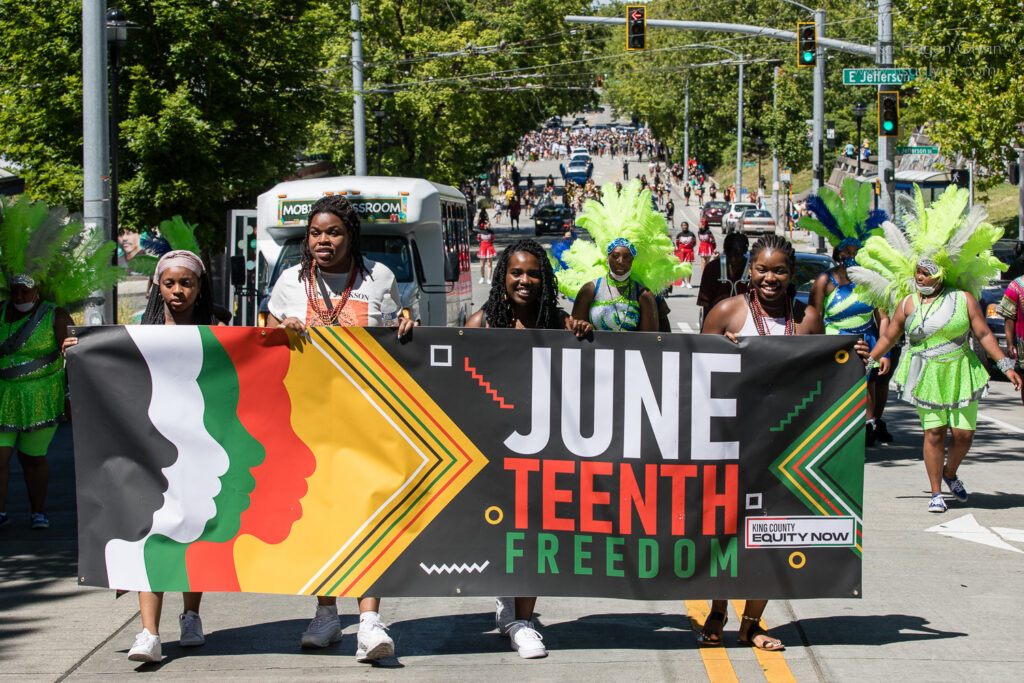 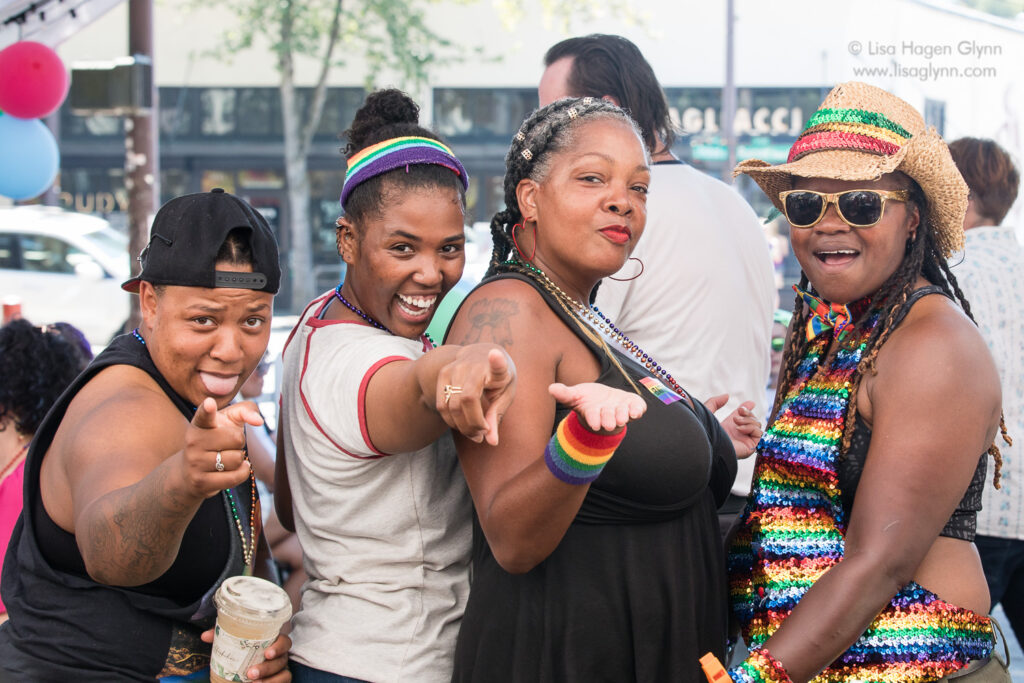 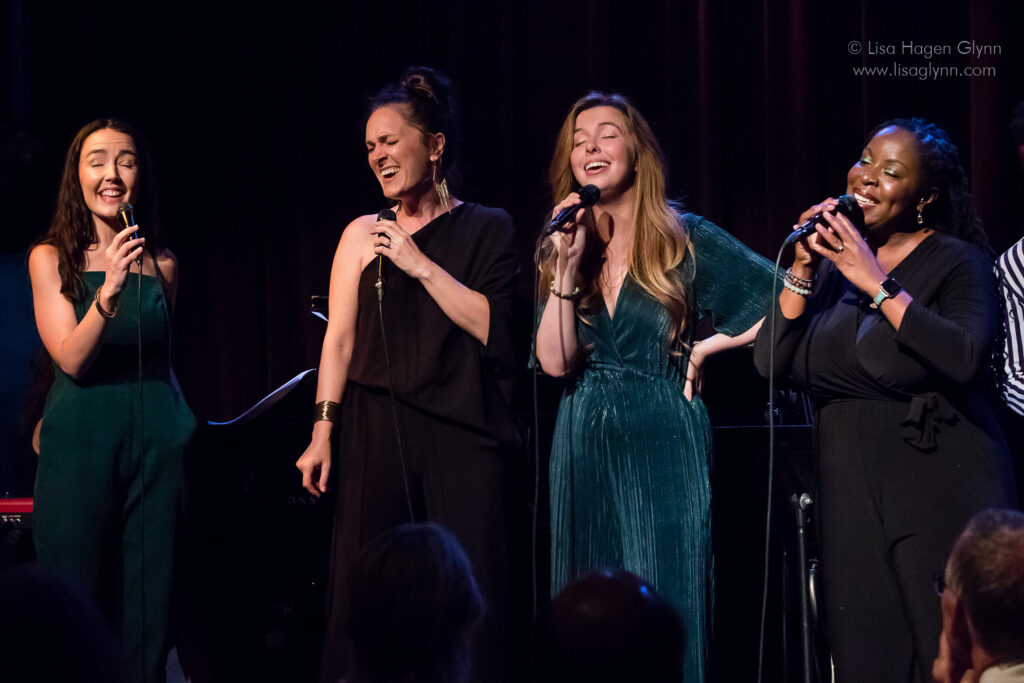 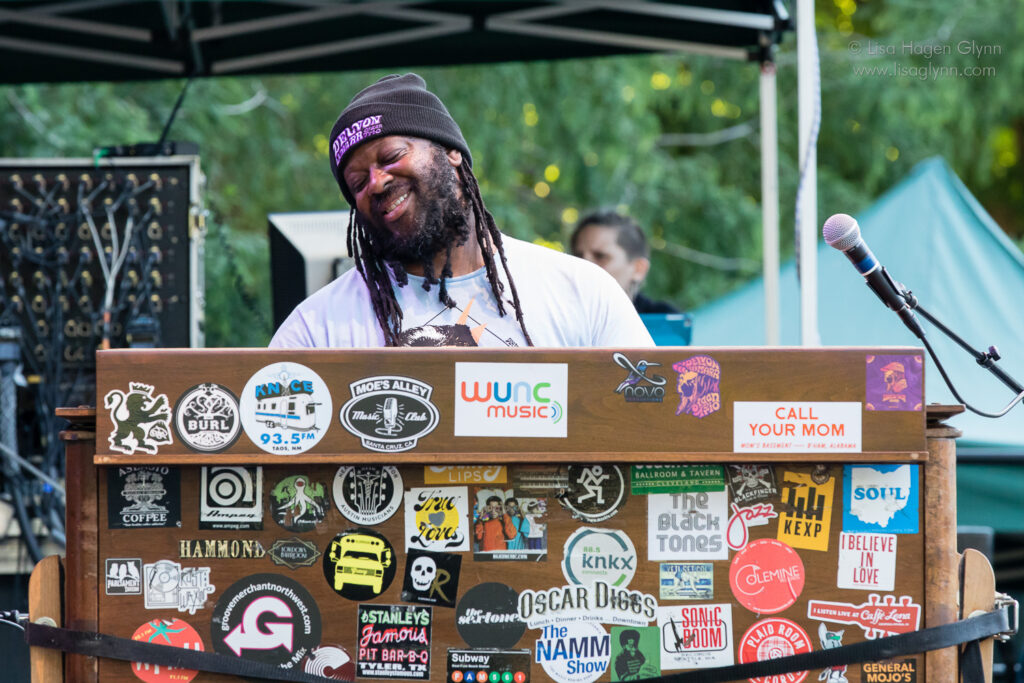 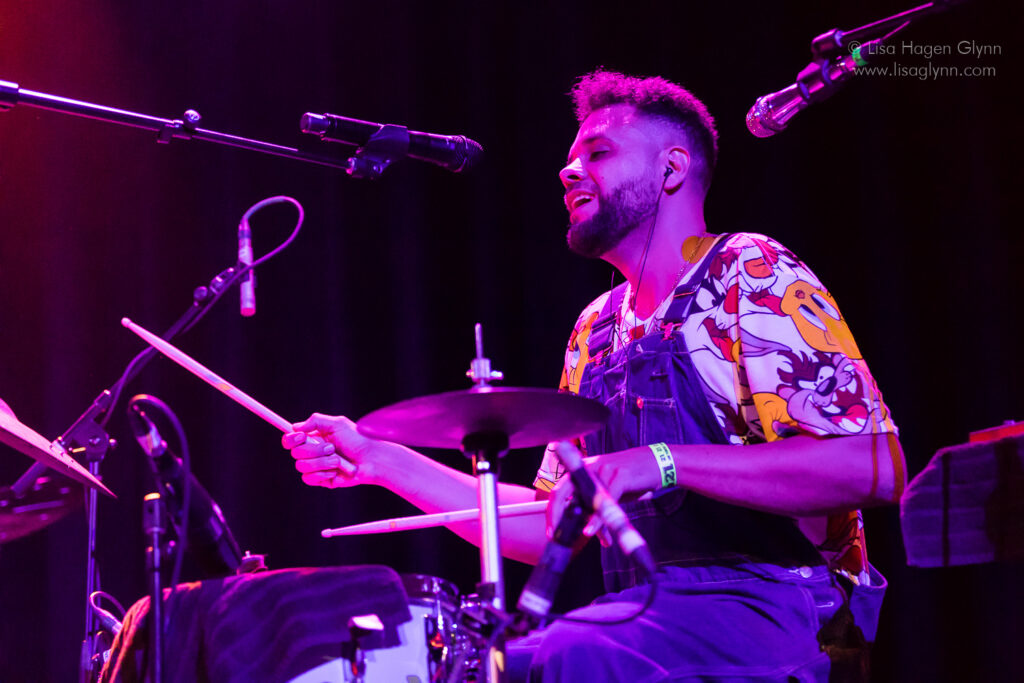 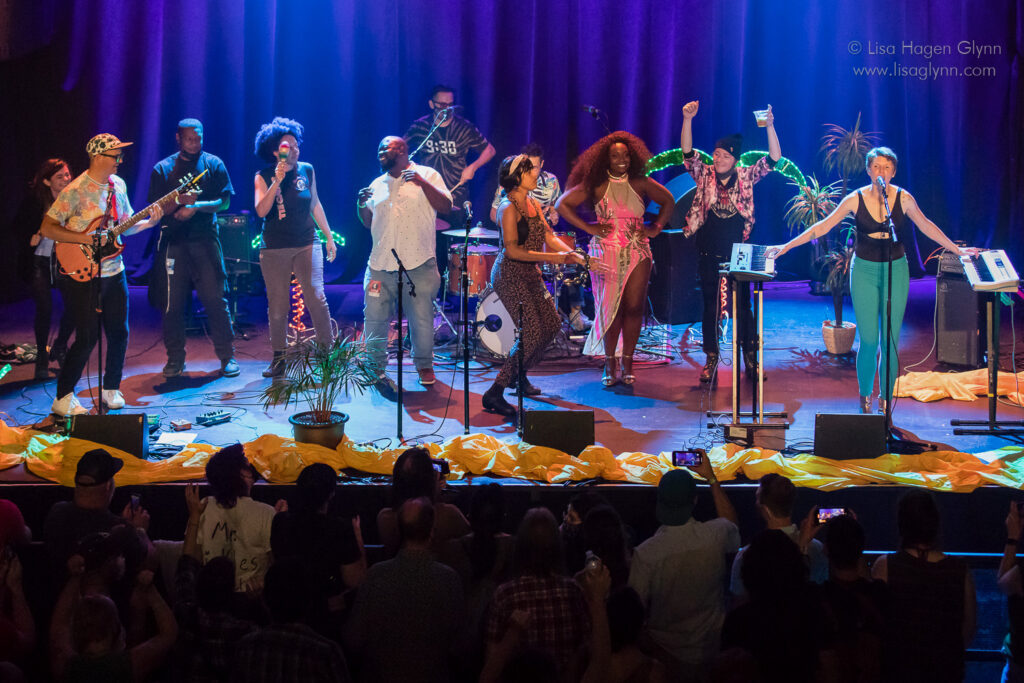 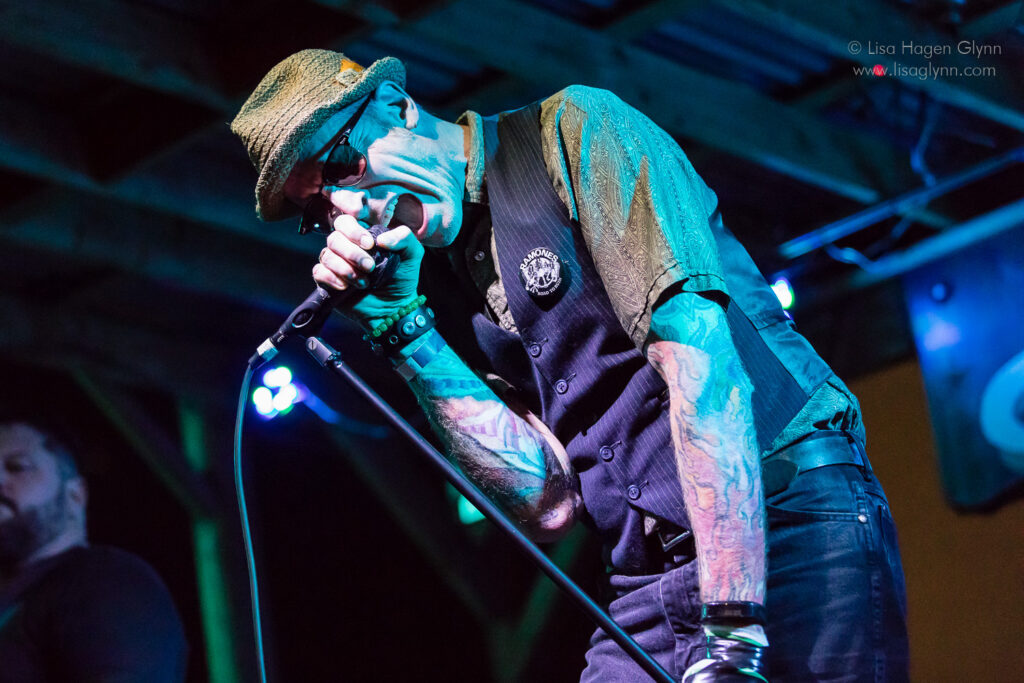 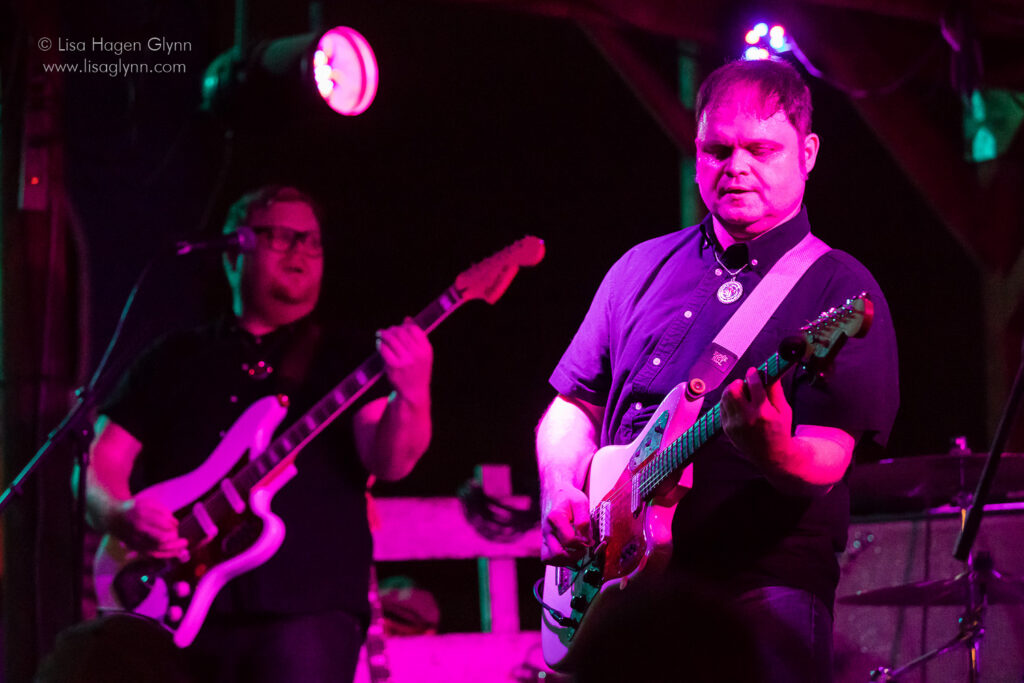 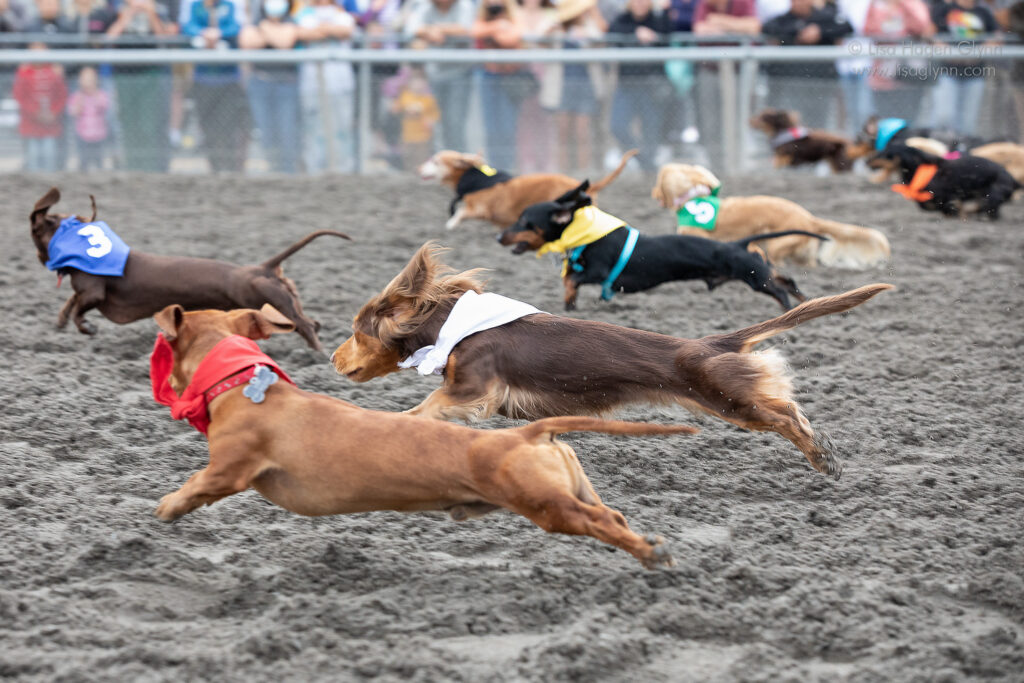 2021-08-22 Hardly Raining The annual Wiener Dog and Wiener Wannabe Races returned to Emerald Downs after a COVID hiatus in 2020. (For the uninitiated, see…

Coverage of the 2022 Freakout Festival, for Hardly

Gratitude to @earshotjazz Magazine for the festiva